BILL DIREEN "A Memory of Others" OST 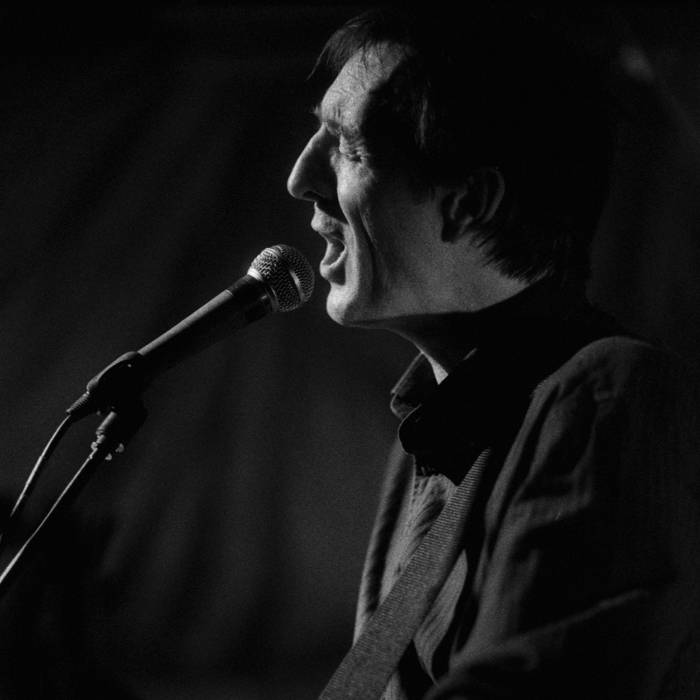 Official Soundtrack for the Film by SIMON OGSTON
Available OCTOBER 4, 2019 on SOPHOMORE LOUNGE

"The superb 2LP set in your hands serves both as an overview of Bill Direen's musical arc, and as a companion to Simon Ogston's fascinating documentary film, Bill Direen: A Memory of Others. It is not a soundtrack per se, since the versions of the songs here are not always the same ones as in the film, but any quibbling about this is surely jackanapery and should be ignored forthwith.

The film follows Direen's 2016 tour of New Zealand, the first he had undertaken in a decade. The venues range from the historical home of the late New Zealand writer, Janet Frame, to a children's musical workshop, as well as more standard spots like clubs, galleries and radio stations. Functioning both as a meditation and a travelogue, the tour footage is interspersed with wonderful bits of Bill's musical and literary history, both of which are long and varied. Direen's work as a writer has resulted in a large shelf of first rate poetry, prose and plays, much of it underpinned by his surrealist tendency to bend reality. But, to the music...

Direen's earliest known band was Vacuum, a quartet created (along with members of germinal The World and the Victor Dimisich Band) from shards of '60s sounds found in their record collections. Vacuum's appearance coincided with the arrival of punk in New Zealand, although their recordings were only released after they'd ceased operation in 1979. Vacuum was followed by a series of "non-bands," whose names were associated with certain records or projects. For instance, Feast of Frogs performed material by the French writer, Boris Vian. Six Impossible Things, and High Thirties Piano were other ensembles, coexisting as Direen created band names based on the phonics of "Bill Direen." Bilders (Solomans Ball) was the first, followed by Bilderburgers, Die Bilder, Bilderine, and so on. The group's names were mutable and went through almost as many variations as the band did stylistically. Urbs, Gone Aiwa, Soluble Fish, The Twenty Minutes, Bolobolo and The HAT are some of the other units who inhabited Direen's orbit over the years. But the Builders is his mothership.

The name seems to have been codified with the release of The Builders' 1983 LP Beatin' Hearts, the first studio-recorded long player issued by the Flying Nun label. There has never been much chronological sense to how Direen's music emerged. Beatin' Hearts contained various songs from earlier records and bands, now credited to the Builders. So, were the earlier tunes recorded by the Builders? Not really. But then, why not? In the broadest sense, Direen has always seemed interested in scrambling linear flow. Thus, it's fitting that the music on A Memory of Others roams back and forth across time and space, beholden to no logic other than its own.

Recorded at various times throughout a span of 35 years, what's really amazing is how consistent the quality of the material is - also, how impossible it is to date most of the songs archeologically. There are certain tunes from the early days, "Russian Rug," "Magazine," "Bedrock Bay," and "Love in the Retail Trade," that definitely feel early. They're ripe with proto-New Zealand riffery, perhaps hinting a little of the Fall in terms of organ and vocal delivery. But you could say the same of much newer tracks like "Million Hearts" and "Charisma" recorded with the bandname Ferocious. Just about the time you start to develop a linear theory about Direen's musical evolution, he punches you in the head.

There are other old tracks, like "Alien," which are impossible to peg in temporal space. One does get the sense that Direen's muse has bent in the direction of folkier tropes over the years. Tracks like "Byron & Eve," "Unemployed," and "Momently," have something about them recalling certain aspects of the progressive British folk music tradition. But these tunes date from the same rough time as stuff like "Utopians." which makes me think of "Mercenaries"-era John Cale. Then there's "Trees," which is almost like one of Kevin Ayers' quieter tunes from his early Island Records phase. So that theory fizzles. PDQ.

Even though I've spent the last few days listening to these songs a lot, taking notes and trying to figure out what they might tell us about Bill Direen's creative trajectory, the joke's on me. Typical surrealist that he is, Direen refuses to hew to the straight line thinking I try to ascribe to him. The only rules he ever follows are his own, and I believe he probably figures even those were made to be broken. So just sit back, open your ears and prepare to deal with a truly original thinker and creator. It might be a bit confusing, but just let go of your preconceptions and dig. You will be amply rewarded. Scout's honor."