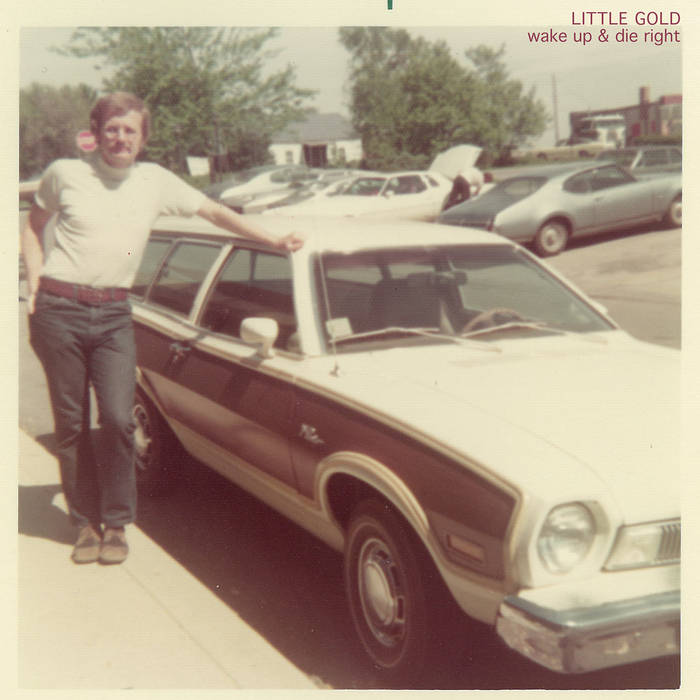 The Athens, Ga. country-rock band was broken up, and the frontman was feeling like the project had run its course. But then the songs started coming. As he started writing the collection of tracks that would become the group’s first new material in five years, DeRoeck noticed they all felt tied to a very specific time in his life — part of a period he’d need to get the band back together to properly revisit.

The result is "Wake Up & Die Right," out Nov. 20 via Sophomore Lounge and Science Project Records. It’s a warm, nostalgic record that tackles the way we tend to romanticize the past, even when the past wasn’t so great. The band identifies as “bummer basement country” on their bandcamp page, and a quick listen proves that’s pretty on the nose. Fans of Silver Jews, Teenage Fanclub, Wooden Wand, etc. will find a kinship here. It’s deeply personal for DeRoeck, whose late parents appear on the front and back covers, about a time in his life over a decade ago when he needed to heed the title’s advice and get it together.

“There's a lot of references to my old bands and old friends when I used to live in New York,” the singer, who was formerly in the indie psych-folk group Woods and is currently also in the punk band Deep State along with two of his Little Gold cohorts, explains. “It's just a period of time that was a little sad but now I'm sort of nostalgic for. Like my mom was sick with cancer, and I was battling with a pretty bad drug addiction. But overall, there's still some really good memories of that time. It was a huge transformative period...It’s basically about a time in my life where it was like shit or get off the pot and time to be a human and grow up.”

The group recorded the album with engineer Al Daglis in February right before the pandemic hit, and thanks to guitarist Taylor Chmura’s gig at Athens’ Kindercore Vinyl (which also happens to be owned by drummer Cash Carter), they literally pressed it themselves. (“Taylor runs the pressing machine, so from seed to actual product, it's a pretty DIY affair,” DeRoeck says.) And, though he expresses self-doubt on tracks like “Aging Out,” DeRoeck and company have put together a hell of a record — one that’s smart, darkly funny and absolutely wouldn’t be possible had he not woken up and made it through those rough times years ago.