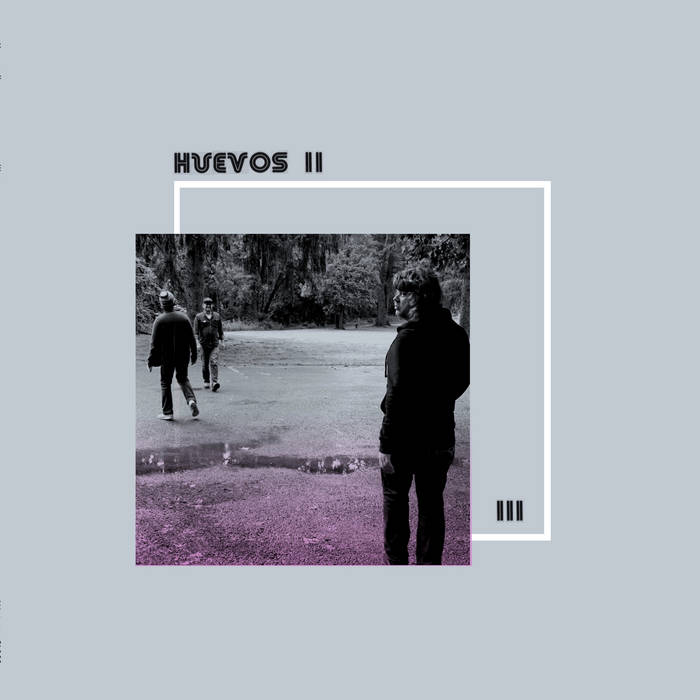 While the Western Massachusetts soil from which the band was born is long heralded as a microcosmic hotbed of sublime and psychedelic fertility, Huevos II skirt the lawns of their experimental/improvisational/noisy neighbors with a friendly wave, walking their own breed of references from '90s American indie rock, the weirder side of SST, to Britpop, '60s pop, Kiwi and beyond.

In terms of their live performances (which now include second guitarist Jeff Morkeski, whom was added to the band since the time of these recordings), Huevos II is far from a slick machine. The band feeds on raw energy, deep servings of sarcasm, and bad inside jokes. The guitars barely stay in tune. The drumsticks continue to drop. At the end of the day, it's a band that's out for hooks and harmonies, having a good time playing backyard parties, and keeping their songs below the five-minute mark (a point worth noting for those of you picking the album up on the strength Turner's earlier works like Warmer Milks' four-song/forty minute nightmare zoner "Radish On Light" (Troubleman Unlimited, 2006)).

Speaking of past efforts, Turner, McGuigan and Borezo’s musical journeys have taken many respective turns over the years of regional shifts, with roots in Kentucky, Georgia, Florida, and of course, currently, Massachusetts. Ma's stint as a solo performer/ensemble leader provided a couple previous 12"s to the Sophomore Lounge catalog ("ZOZ," 2014, "Mazozma's Fatufairfe," 2016) in addition to his tenure in "post-punk" bands such as Teal Grapefruit, Cross, and the afore mentioned Milks. Patrick has been blasting out music on his own as well as putting on shows for touring acts in the Western Massachusetts area under the Autonomous Battleship and Northern Routes monikers, and John has been kicking around in bands under the radar for years now.

For fans of Antietam, The Clean, The Pastels, Television Personalities, et al.

Recorded and mixed by Adam Langellotti